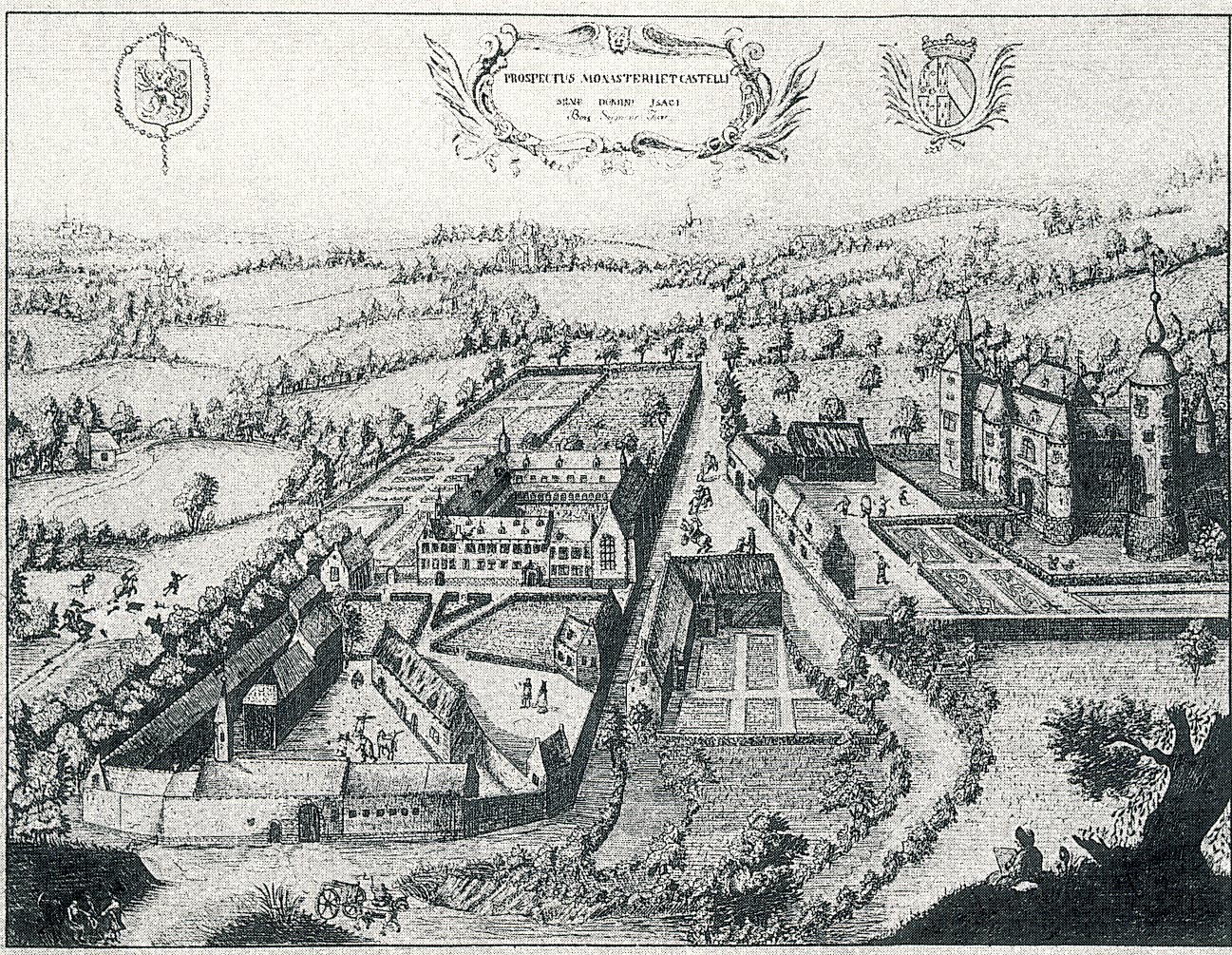 The village of Bois-Seigneur-Isaac owes its name to Isaac of Valenciennes, member of an illustrious family of the county of Hainault, who towards the end of the 11th century planted nearby a wood. This wood named “Bois planté” still exists today at a distance of about 500 meters from the castle on the road to Lillois.

The castle, which goes back probably to the 12th century, was part of a series of fortresses aimed at protecting an enclave of the County of Hainault against the expansionist ambitions of the Dukes of Brabant. The domain and the castle of Bois-Seigneur-Isaac belonged successively to the families of Huldenberg, Dave and Sainte-Aldegonde. At the end of the 17th century, a serious succession conflict opposed the heirs to Agnes de Dave, the last Countess of Sainte-Aldegonde. 40 years of litigation led to the ruin of all the parties and to the sale of the domain, which was purchased in 1712 by Sir Antoine de Belhomme, Receiver General of the Taxes for the County of Hainault, He and his wife, Marie-Thérèse Rouillon de Castaigne, together with their architect, Hannotaux, transformed the medieval fortress into a country house, built upon three sides of the former polygonal castle. Where the drawbridge once stood, a new front was built between 1730 and 1740, with particularly harmonious classical façade, ornamented with large windows with semicircular arches and surmounted by a triangular pediment. The moat was dried up on the Western side of the castle while it was filled in with earth on the Eastern side.  The round tower on the Southern side remains, with its loop-holes, the only witness of the medieval fortress.

In 1810, Joséphine Cornet de Grez, great-grand-daughter of Antoine and Marie-Thérèse de Belhomme and heiress of the domain married Baron Idesbalde-François Snoy et d’Oppuers. Further to this marriage, the older branch of the Snoy family, descended from the Counts of Gelderland in the Netherlands and established since 1563 in the region of Mechlin, moved to Bois-Seigneur-Isaac, transporting there its archives and its remarkable collection of family portraits.

Since 1810, five generations of the Snoy family have inhabited the castle. The Baron and later Count (1982) Jean-Charles Snoy et d’Oppuers (1907-1991) was an important Belgian and European statesman : as Secretary General of the Belgian Ministry of Economic Affairs, he negotiated and signed in March 1957 the Treaty of Rome, creating the European Economic Community; between 1968 and 1972, he was Minister of Finance. Baron Bernard Snoy, son of Jean-Charles Snoy, and his wife, Christine de Weck are the present owners of the castle.