Sixtieth anniversary of the Treaties of Rome

On the occasion of the sixtieth anniversary of the Treaties of Rome, of which Jean-Charles Snoy et d’Oppuers (1907-1991) was negotiator and co-signatory for Belgium, an important european event took place in the castle on Saturday 1rst of July 2017.

Key moments of this event are summarized in this short film. 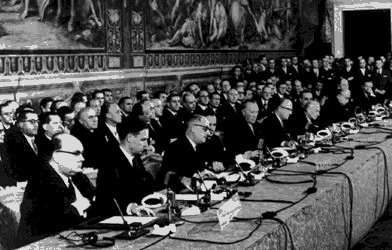